This is my take on a recipe by Melissa Clark of NY Times Cooking. I wanted more vegetables and to make it a little less fussy. It turned out really tasty even with my shortcuts like pre-chopped butternut squash, bottled vinaigrette, and hearty greens from a container instead of radicchio.  My recipe is included below.

First I assembled the vegetables to be roasted. A celeriac or celery root is a strange looking thing but it has a nice nutty flavor when roasted. And although the recipe calls for beets, and I would have been using golden beets if I had had them, I substituted in half a head of cauliflower.

Vegetables to be roasted

After they were cut up I put them in a plastic bag with a tablespoon of olive oil and some salt and pepper and massaged them around . Then I cooked them in a single layer on a lined sheet pan in a 400F degree oven for a total of 40- 50 minutes. For the first twenty-fivc minutes of cooking they are covered and for the last 20 minutes, uncovered. Poke them to see if they are done. 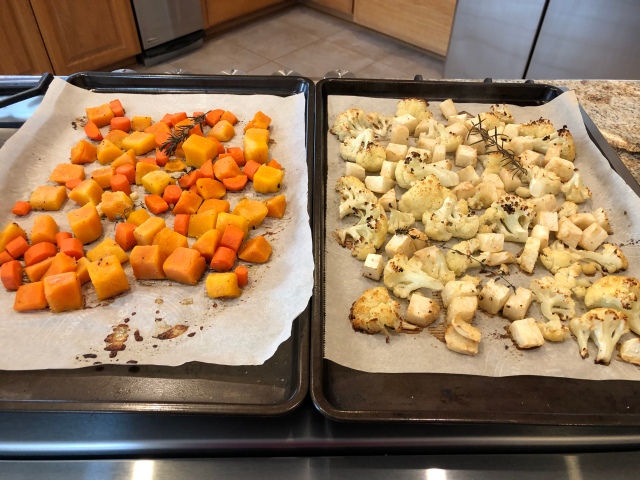 Roasted vegetables hot out of the oven

While they are cooking you can make the lentils according to the recipe. This recipe is originally called a salad but I prefer everything served warm. So it is time for assembly. Hearty greens on the bottom, lentils next, and vegetables all around.

Both John and I liked this a lot.  It fits in well with our trying to be more plant-based in our eating. But most of all it is kind of like vegetable comfort food. I’ve included my rendition of the recipe. 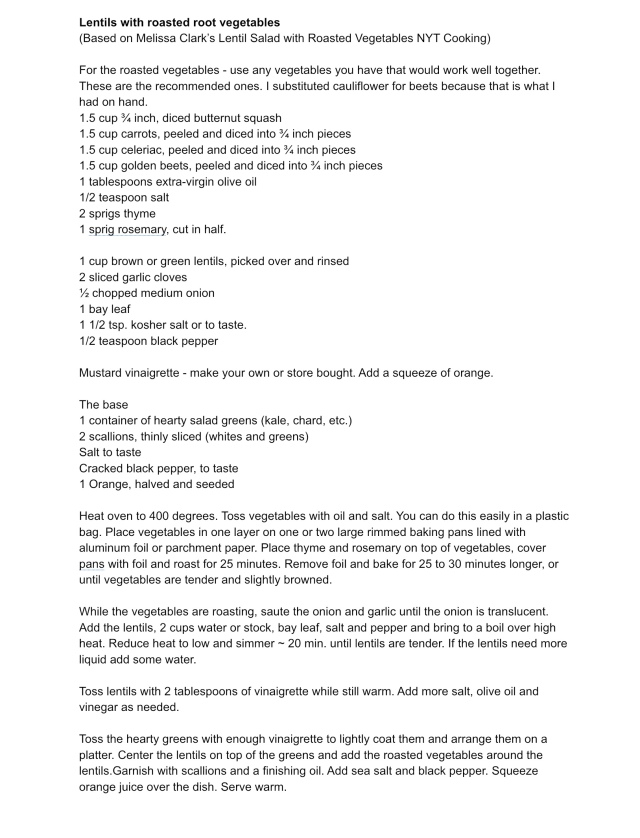