Apparently I have thrown my menu out the window. Being short of prep time yesterday, I froze the chicken we were supposed to have and John ran out to the store to pick up something pre-prepared. He chose ribs, potato salad, and cole slaw. I was thinking of just not posting these two days due to embarrassment over what we have consumed. But this blog is supposed to be “It’s what I eat!” So here it is.

We ate some of ribs and salads on Thursday and the rest of it  on Friday. Since there was only a tiny bit of coleslaw left, I augmented it tonight with more cabbage, onions, mayo, vinegar, and celery seed. Seriously there was a time when we would have polished the whole thing off in one night. I think eating it over two days shows personal growth! 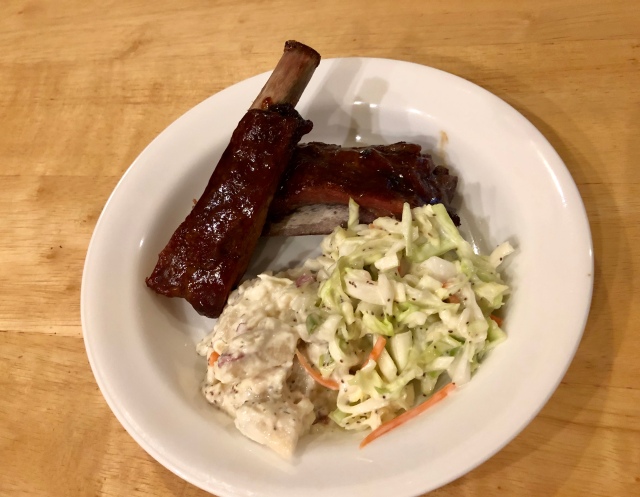 Now we have a ton of veg left in the refrigerator that has gone uneaten. So I imagine this will be a fairly vegetable intensive weekend.