We are having dinner mid-afternoon today since we are going to our son’s concert later. He is a beat boxer/bass in an a capella rock/funk band. We decide to try something new, a braised chicken dish with Mediterranean flavors.

The sauce on this includes harissa and cinnamon-a little too much cinnamon in my opinion.  After searing the chicken thighs, you braise them in the cinnamon, harissa and chicken stock broth, covered. This cooks the chicken through and also makes the skin which you previously crisped up, soggy. 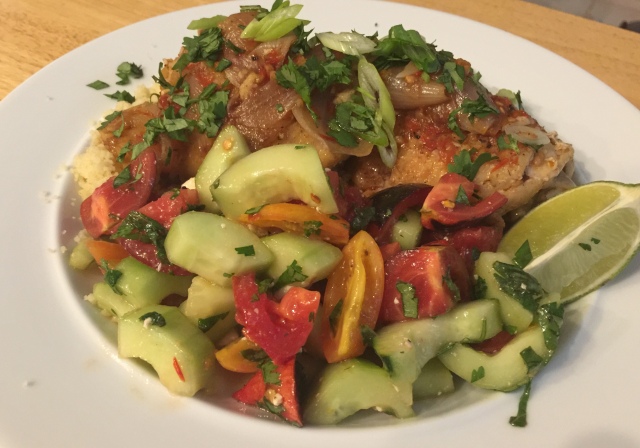 In addition to the soggy chicken we have couscous which is quite good with the sauce. Couscous goes better with with cinnamon. Plus I make a cucumber, tomato, cilantro and mint salad.