John and I tried this new recipe for clam chowder on toast by chef Gabrielle Hamilton and, boy, was it good! The recipe was sort of long and complicated so we used some convenience products and also lightened it up by using less cream. The recipe is from the NYTimes Cooking site which is behind a paywall 😦 .

It is a light cream broth with clams, leeks, celery, onions, and potatoes. She used actual clams and their liquid. We used canned clams, the liquid they were packed in and a bottle of clam juice. The recipe calls for three cups of cream. We cut it to two and some water. It could probably be cut down a little more and some low fat milk added. The recipe calls for guanciale but we had pancetta on hand. Do not add salt until all the ingredients are cooked together or it may end up over-salted.

While John manned the stove, I did the mise en place. Good thing I love to chop things up! Cheat confession, I used a mandoline to slice the leeks. 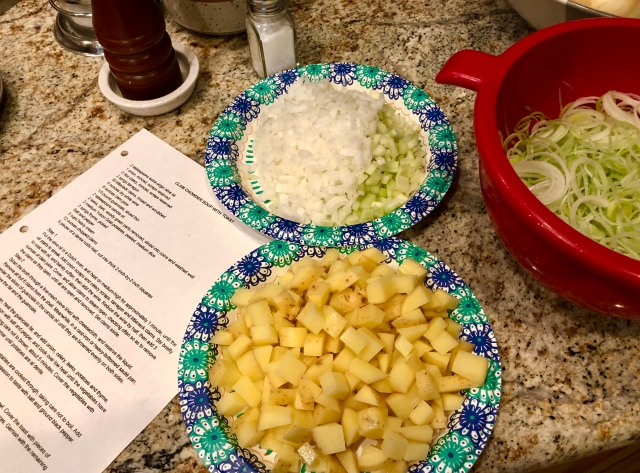 When the soup is finished you serve it over a piece of hearty toast. This is so not like the gloppy, thick New England clam chowder you are probably familiar with. It is light but creamy with the flavor of the vegetables and clams coming through. 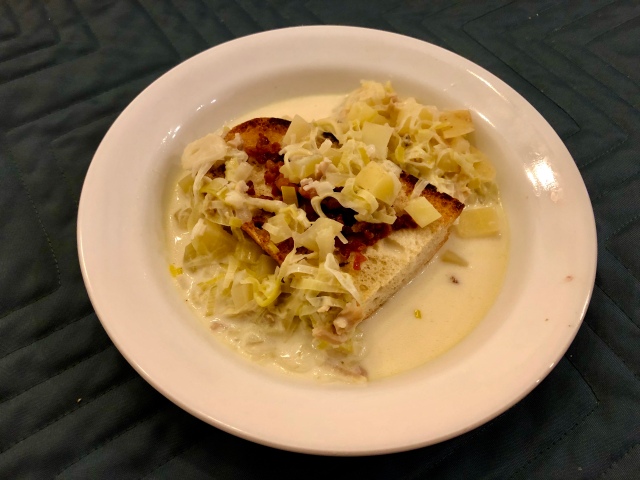 We started cooking around 6 PM and had dinner shortly after 7 PM. Around 7:30 our daughter started in on her dinner preparations. Our kitchen is a busy place! She made her own dreamt up recipe of elbow macaroni with ground pork, gorgonzola, berbere, and fava beans. John did not finish cleaning up the kitchen until 10:30PM! New plan as of tomorrow – Start dinner prep earlier! 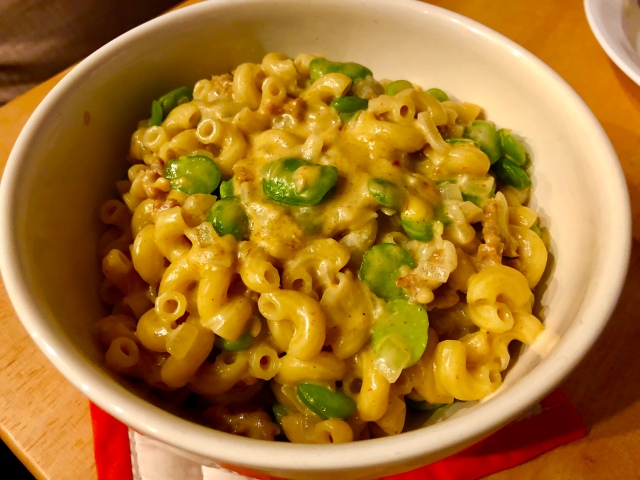