Shrimp with citrus/Sambal dressing is a quick and relatively easy dinner. I made the brown rice in the oven early in the morning to keep from overheating the kitchen so all I needed to do was make the dressing and slice up the cucumbers and red bell pepper  on the mandolin. John was in charge of cooking the shrimp which he did in our cast iron pan rather than on the grill.

The dressing had as usual too much oil and sugar for us but after we dealt with cutting back on those components, the sauce seemed rather lifeless. We put in more citrus juice, some soy sauce, a little fish sauce, and a sprinkle of sweetener and that did the trick. The original recipe comes from Food and Wine and is here. 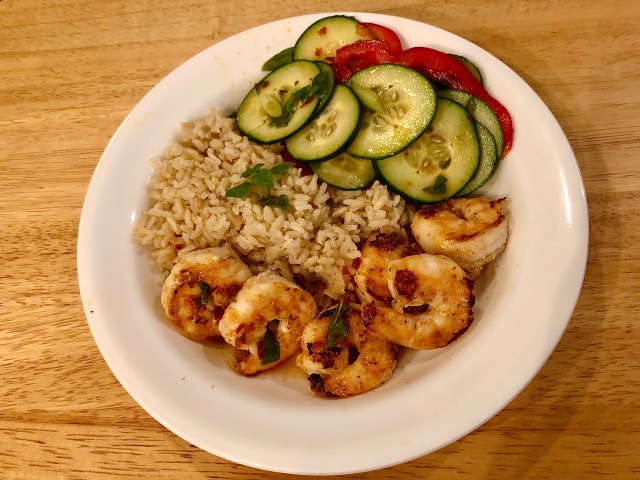 Shrimp with a citrus and Sambal dressing served with brown rice and a cucumber, bell pepper, scallion salad

This entry was posted in Easy, rice, Shellfish, Vegetables. Bookmark the permalink.