Peanut butter on whole wheat English muffin for breakfast. Eating oatmeal every day is a little boring plus is making my digestive system do cartwheels.

I am not putting in another picture of Autumn soup. See yesterday for a photo. We are leaving St. George tomorrow and I have frozen the rest.

I ordered the vegetable risotto with sun dried tomatoes when we went out tonight. It sort of looked like this but with asparagus instead of artichokes. 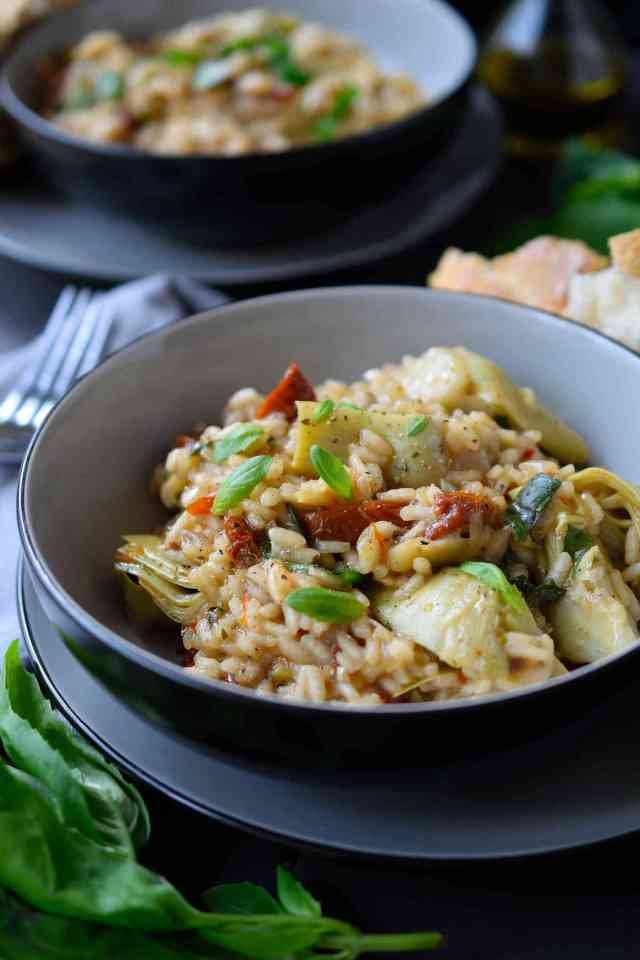 Risotto with sun dried tomatoes and asparagus rather than artichokes

This risotto was a fail. It had giant pieces of sun dried tomatoes that just took over the whole dish. In addition it was not made with the correct rice so it did not get creamy. Without the sun dried tomatoes it was edible but as a rice side dish not risotto.