Our belated family Passover dinner was a big success culinarily. It was less of a success family-wise because both grandkids and their mom were sick and could not come. So that was a real letdown.  Feel better soon! But since we were down to five diners instead of eight there was plenty of food for everyone (and lots of leftovers!)

Matzoh ball soup (thanks to Fine Cooking for the image)

I made some wonderful mashed potatoes. I say that unabashedly because these were the best! Could it be the leftover cream from our shrimp night early this week? I think so! 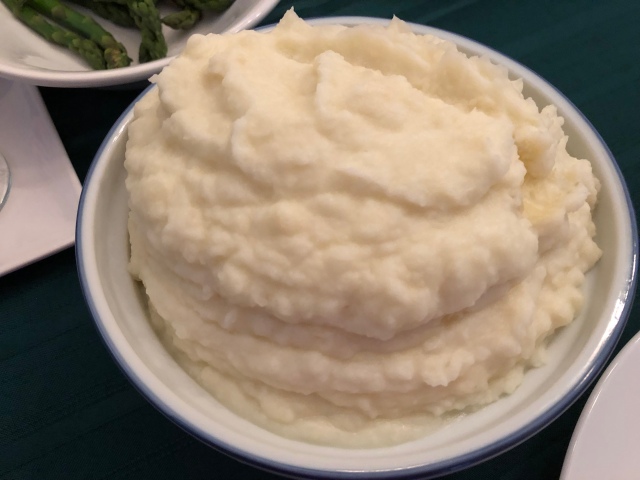 I also contributed asparagus which I served with Sauce Grabiche. This thick sauce is a hard boiled egg, parsley, cornichon, caper vinaigrette.

John did a great job with the sous vide and then seared on the grill boneless leg of lamb. It was a beautiful pink edge to edge. I served the lamb with a chimichurri sauce. Chimichurri sauce hails from South America and is served with roasted meats. It is made of finely chopped parsley, minced garlic, olive oil, oregano and red wine vinegar.

(Thanks to Wikipedia for the pictures of the two sauces)

Our daughter finished the dinner off with her wonderful homemade coconut-almond macaroons. We served these with ice cream and strawberries with port wine.

It was fun to serve this holiday meal but thank goodness we don’t eat like this often!! Between the hours of preparation and the clean up which will be going on through Sunday, not too mention the zillions of calories, we are exhausted and stuffed!